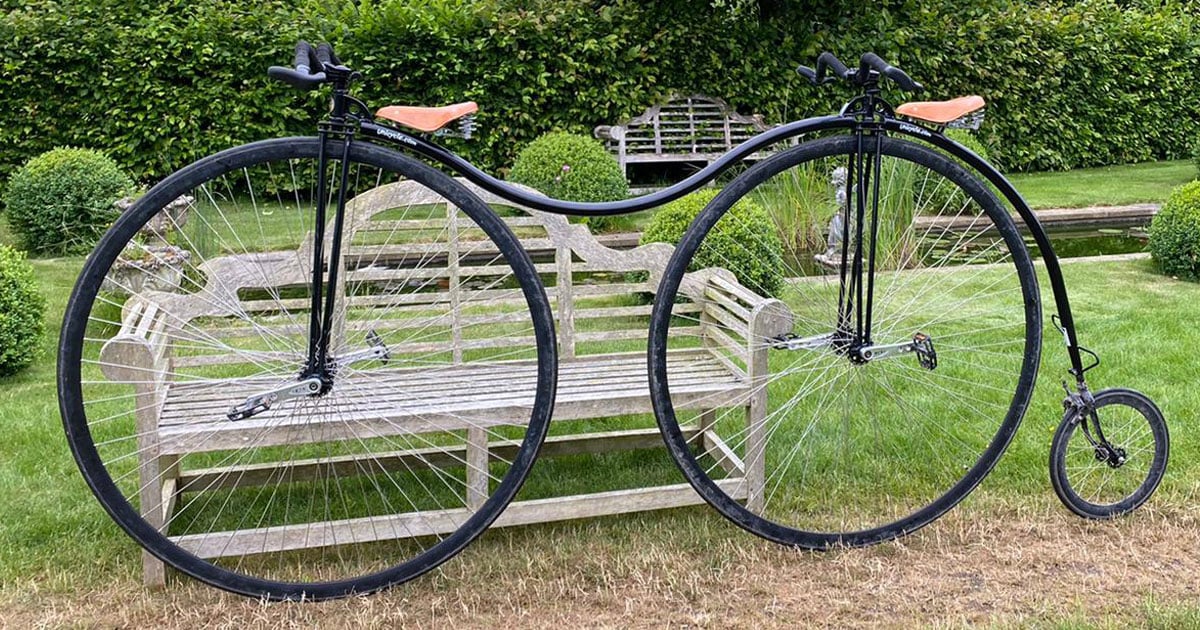 The Rucker Penny Farthing was first produced in 1884. Only a small batch were ever made. Several still exist in museums around the world. 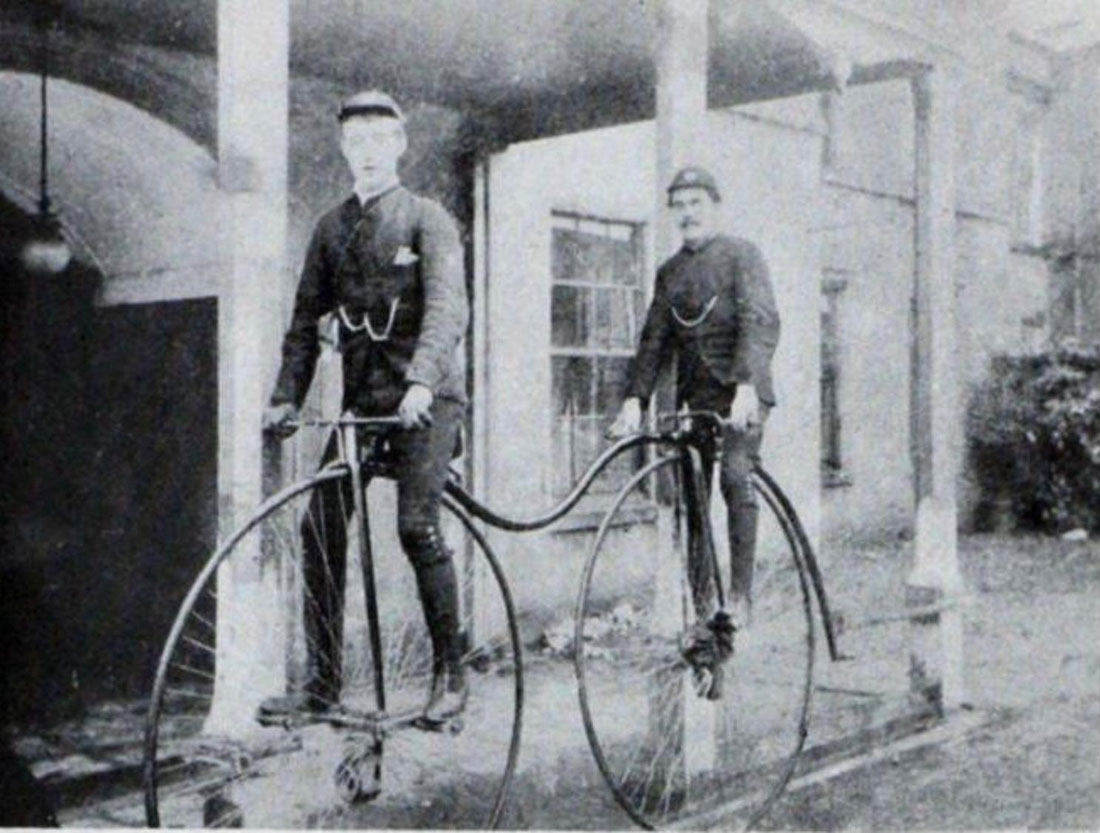 What we did not know was how easy they were to ride?

There were some indications from a John Player cigarette card that had featured the Rucker Tandem that they may have been a handful to ride, "it was unsatisfactory and called for an acrobatic degree of skill to balance the machine".  In retrospect we believe that this meant it was unrideable... but more of that later! 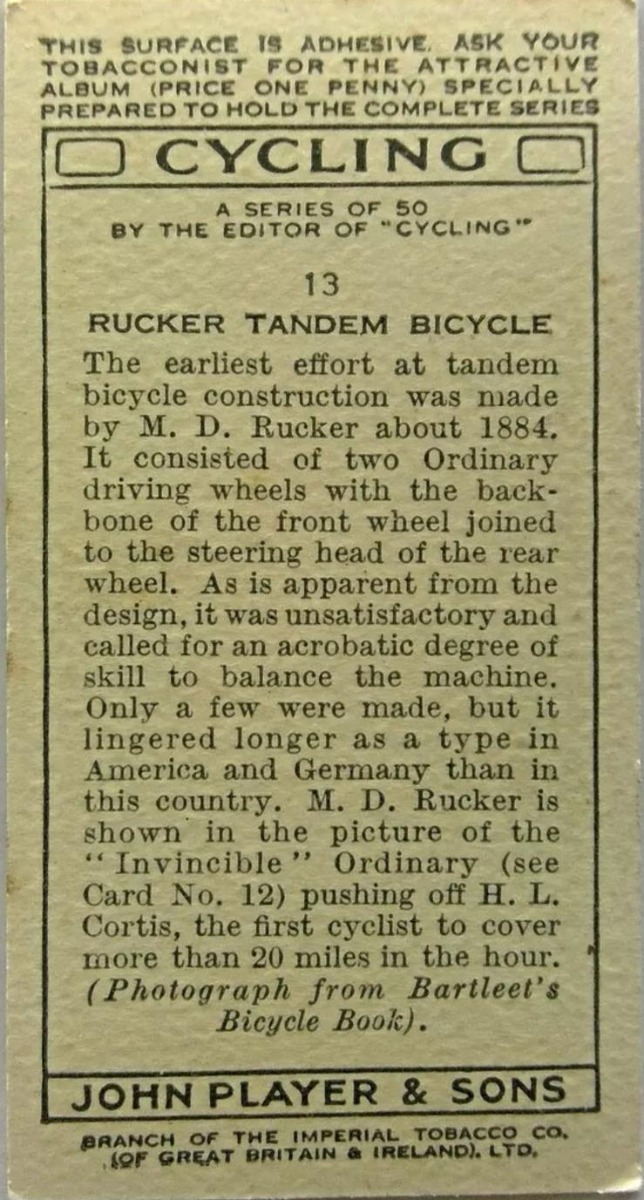 We were asked to base the tandem on two of our 50" UDC Penny Farthings.  We realised immediately that everything needed to be beefed up, so the CrMO tubing was both bigger in diameter and thicker in section. 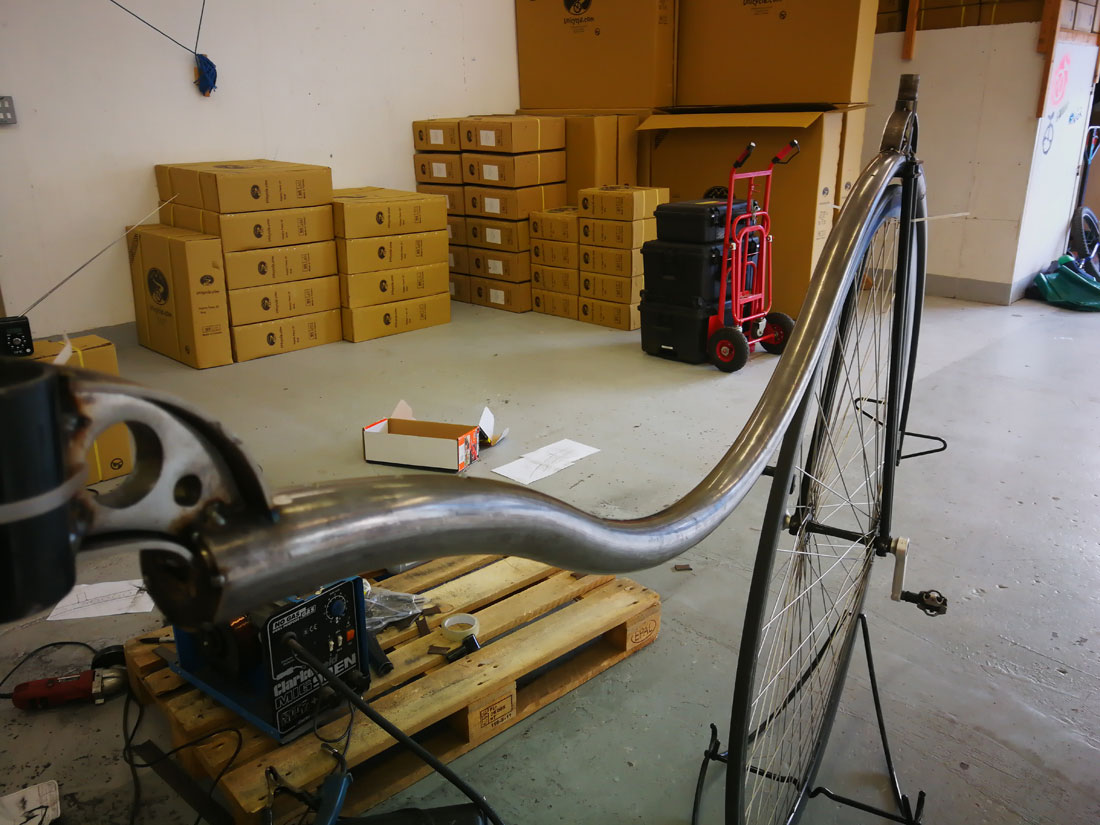 The rolling of the tube and the construction can only be described as a nightmare.  We needed to use a specialist rolling company in Teesside to roll the complicated double curve and a specialist industrial welding company do the final welding.  The final result was surprisingly close to the original Rucker design. 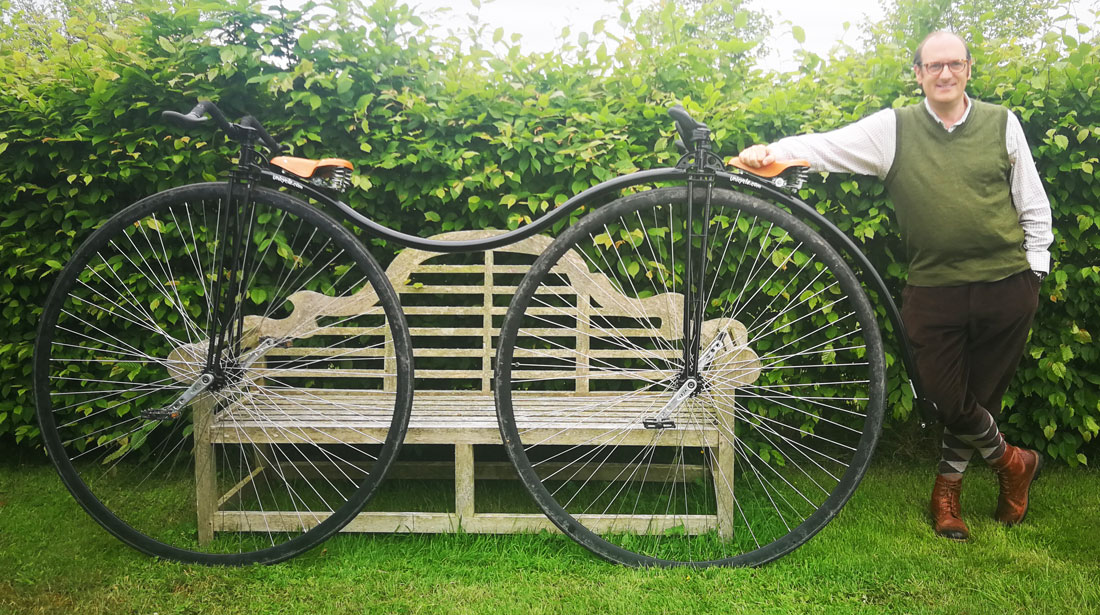 The final result was a picture of beauty... but how did it ride?  well, see what you think?

I will say it was great fun trying and working out what was happening.  The problem appears be that even with the massively over made connecting section it would still twist and oscillate when ridden, it needed some cross members to give some triangulation.  We realised this is why the modern Czech attempt at a tandem had a braced frame like a modern safety tandem.. we would not give up though!

A fortunate feature with our design was that we had the option to add a 3rd wheel. We had discussed this as an option when designing the tandem as it appeared that this should have been there from the beginning in aesthetic terms.  We also realised after trying to ride it without that it may offer some stability to the frame.  So we tried:

We continued to experiment and realised that if we set the wheels up so that the middle wheel was about 1 cm off the ground with no load on the frame, when both riders were on it it rigidised the frame and improved the rideability.

This is still work in progress.  We know the cycle needs brakes and will add these soon to allow it to cycle on the road.  Then we are thinking... could there be a 1 hour record for tandem Penny Farthings on offer?